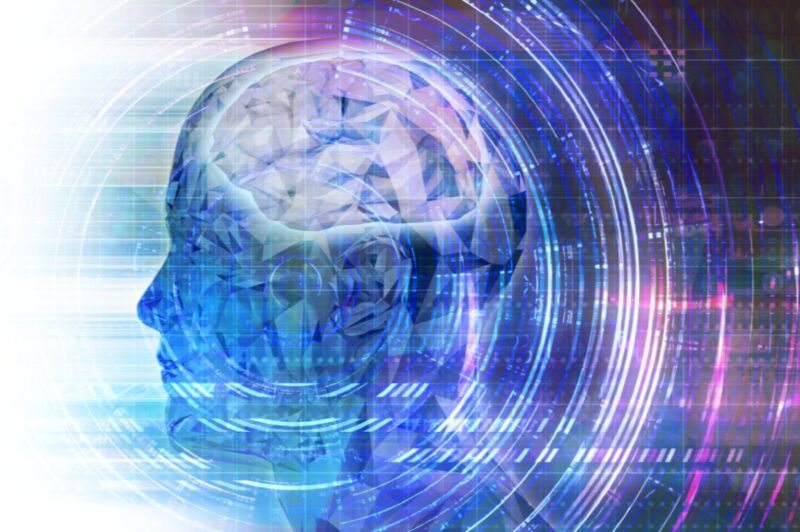 Coming on the heels of the Neuralink announcement earlier this month—complete with video showing a monkey playing Pong with its mind, thanks to a wireless brain implant—researchers with the BrainGate Consortium have successfully demonstrated a high-bandwidth wireless brain-computer interface (BCI) in two tetraplegic human subjects. The researchers described their work in a recent paper published in the journal IEEE Transactions in Biomedical Engineering.

BCIs interact with brain cells, recording the electrical activity of neurons and translating those signals into action. Such systems generally involve electrode sensors to record neuronal activity, a chipset to transmit the signals, and computer algorithms to translate the signals. BCIs can be external, similar to medical EEGs in that the electrodes are placed onto the scalp or forehead with a wearable cap; or they can be implanted directly into the brain. The former are less invasive but can be less accurate because there is more noise interfering with the signals; the latter require brain surgery, which can be risky.

BrainGate is an implanted device, used in research efforts focused on treating patients with spinal cord injuries or Lou Gehrig’s disease. Back in 2012, two paralyzed subjects with BrainGate implants successfully controlled a robotic arm; since then, subjects have been able to type on computers and use tablet apps. That BrainGate system employs a large, gray box cable, tethering the implanted sensor array to the external computers that decode the signals. This has restricted the system’s usefulness because technicians need to be on site during operation and take the cable with them when they finish a session.

As for the latest Neuralink breakthrough, Ars Science Editor John Timmer wrote last week that most of the individual pieces of Neuralink’s feat have been done before—in some cases, a decade before (BrainGate is among those earlier pioneers). But the company has taken two important steps toward its realization of a commercial BCI: miniaturizing the device and getting it to communicate wirelessly, which is harder than it sounds.

There were two participants in the clinical trial—a 35-year-old man and a 65-year-old man—both of whom were paralyzed by spinal cord injuries. They were able to continuously use the BCI for a full 24 hours, even as they slept, yielding continuous data over that time period. (The medical-grade battery lasts for 36 hours.)

“We can learn more about the neural signals that way because we can record over long periods of time,” said Simeral. “And we can also begin to learn a little bit about how people actually will use the system, given the freedom to do so.” His team was encouraged by the fact that one of its study participants often asked if they could leave the wireless transmitters on a little longer. He has a head tracker he can use as a fallback, but several nights a week, he would choose to use the wireless BrainGate system because he liked it.

“Right now, we typically decode or interpret the spiking activity from networks of neurons,” said Simeral. “There are other encoding mechanisms that have been studied in the brain that have to do with how the oscillations in the brain are related to these spiking signals. There’s information in the different oscillation frequencies that might relate to, for example, sleep state, attention state, other phenomenon that we care about. Without a continuous recording, you’ve surrendered the ability to learn about any of those. Learning how this all happens in the human brain in the home as people are behaving and having different thoughts requires having a broadband system recording from the human brain.

“The ability to potentially have individuals with disability using these systems at home on demand, I think is a great step forward,” said Simeral. “More broadly, going forward, having more players in the field, having more funding, is important. I see nothing but great things from all of these interactions. For our own work, we see things on the horizon that were impossible five years ago, when there was essentially nobody in the corporate world interested in this space. So I think it’s a very promising time.”

The Toughest Stains That Can Be Removed With A Pressure Washer